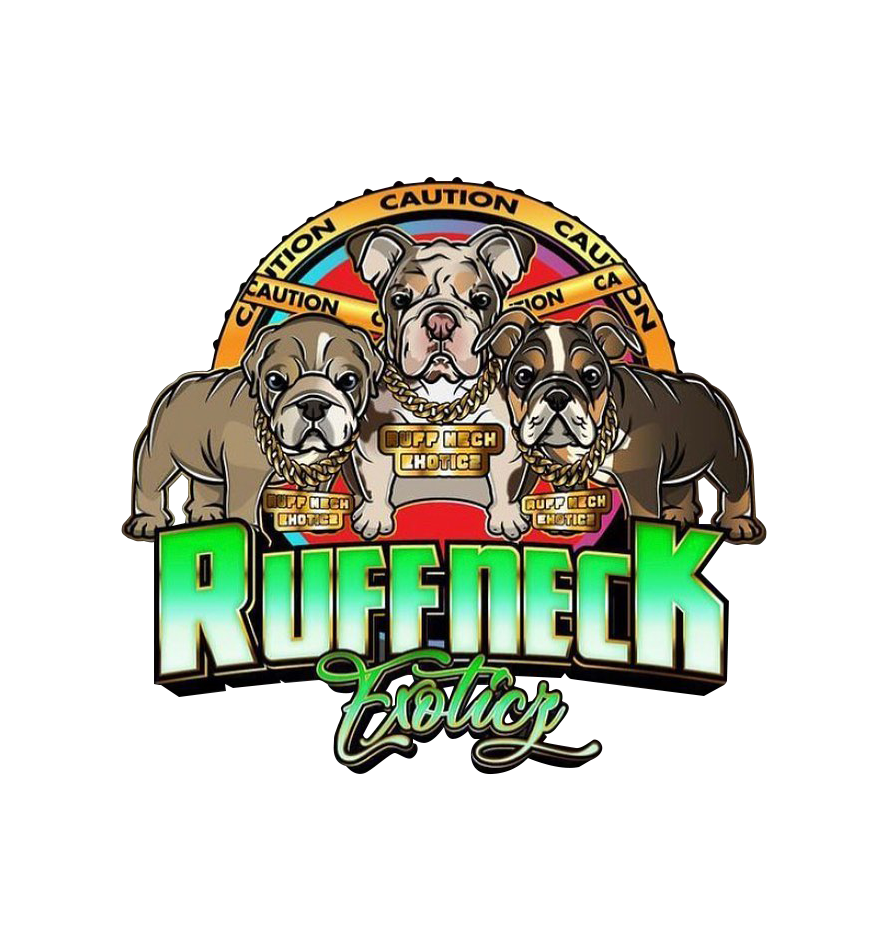 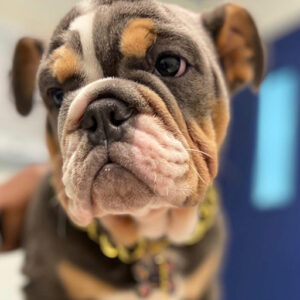 Sometimes called the English bulldog or the British Bulldog, the breed originated in England and has a bloody past. It descended from fighting mastiffs that were brought to the British Isles by the Romans and were used in a bloody sport called bullbaiting. Today, however, the Bulldog only slightly resembles his ancestors in appearance.

Bulldogs are never mistaken for other breeds of dogs. They are medium-sized dogs with thick-set, low-slung bodies. Their short-muzzled head is massive and square. They have broad shoulders and chests, with thick, sturdy limbs.

Although Bulldogs are low to the ground, they are wide and muscular. Their broad heads have cheeks that extend to the sides of their eyes, and the skin on their foreheads should have dense wrinkles. A Bulldog has a droopy upper lip and his lower jaw is undershot, meaning that his lower teeth stick out farther than his top teeth. The Bulldog’s jaws are massive and strong, intended for latching on to his opponent and holding on. Bulldogs have round, dark eyes. Their ears are small and thin, folded back like a rose. Their short tails are carried low on their rumps.

The Bulldog is a popular dog in the U.S., but it is not for everyone. He is surprisingly heavy for his size, and if you need to pick him up, say to take him to the vet, it can be a challenge.Inside the house, Bulldogs tend to be inactive, preferring to sleep until it is time to eat again.

They love children but do not expect them to spend hours chasing a ball or running with the kids in the backyard.Your Bulldog may engage in such play for a while, but then you will find him back at your side, content to watch the world go by and look up at you happily with that face that only a mother, or a devoted Bulldog fan, could love. 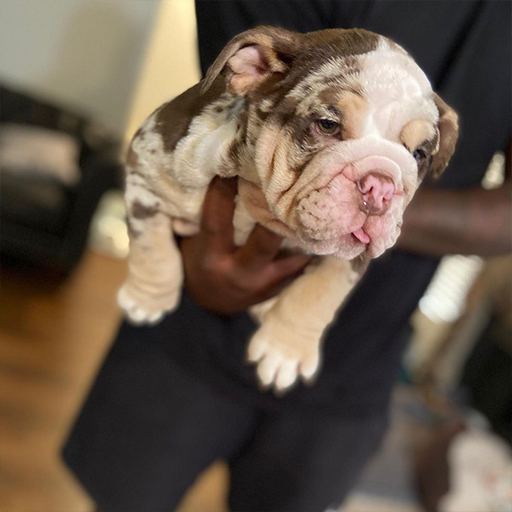 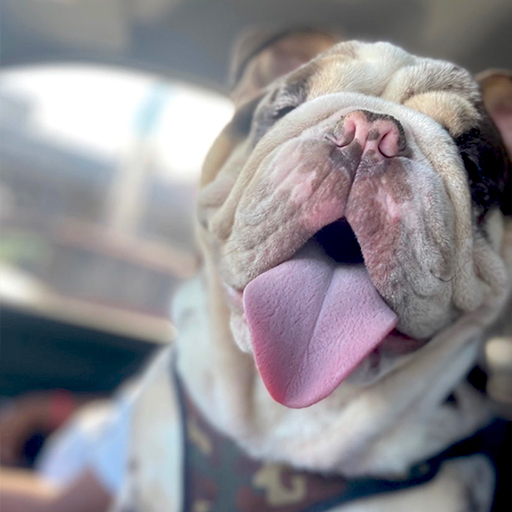 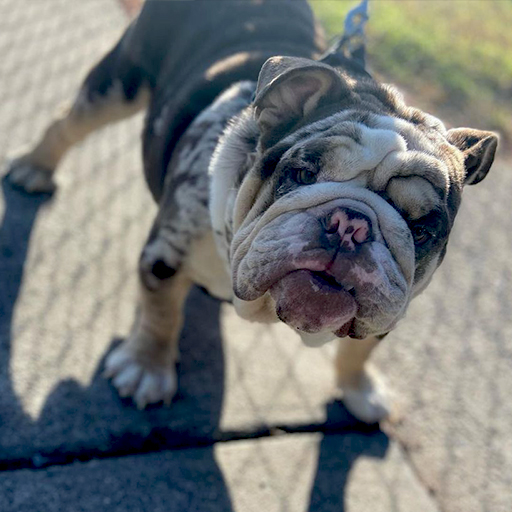 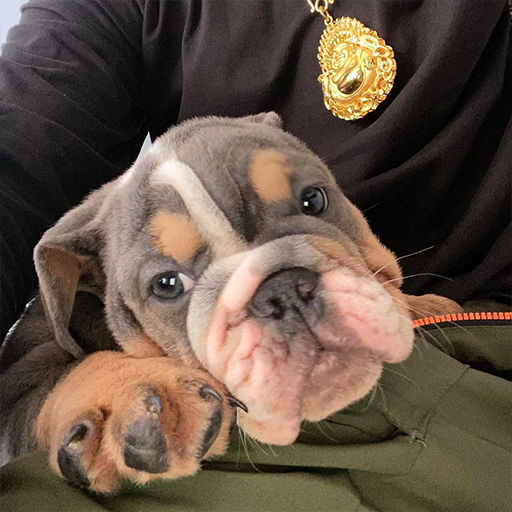 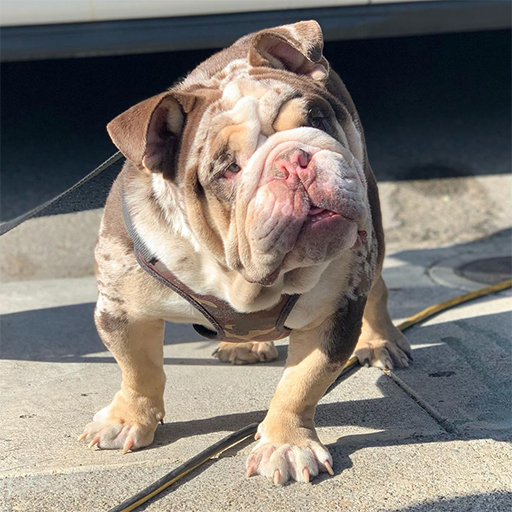 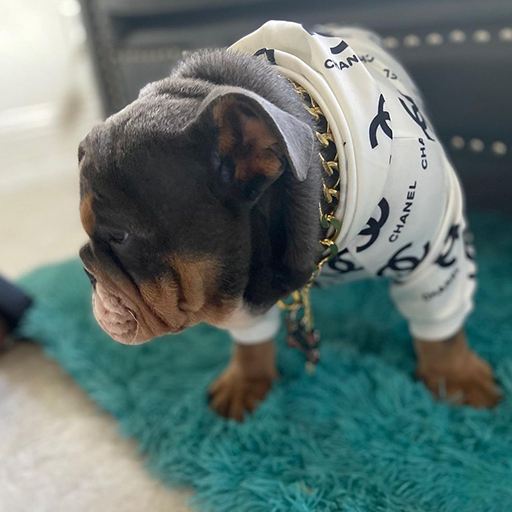 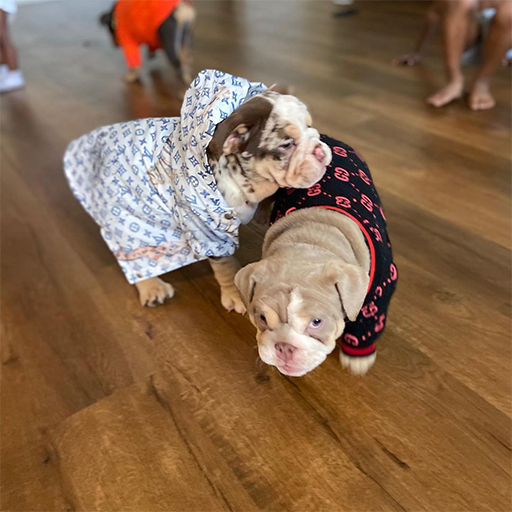 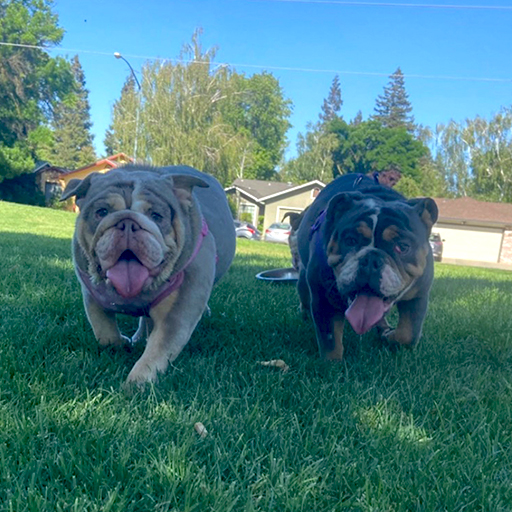